It’s been a month since the presidential election and President Trump is insisting that if only legal voters were counted, he would be re-elected. The courts have not agreed so far, but that’s not stopping Trump from continuing his post-election battle. Chris Wallace, host of Fox News Sunday, discusses how the ongoing election challenges could impact the outcome of Georgia’s Senate runoff races. Wallace also weighs in on the Biden administration’s cabinet picks, a potential rift in the Democratic party and politicians who are breaking their own COVID-19 restrictions.

The U.S. Supreme Court gave a temporary win to a California church fighting Gov. Gavin Newsom’s restrictions on the number of people allowed at houses of worship due to the coronavirus. The ruling comes after a 5-4 decision that blocked New York Gov. Andrew Cuomo from reimposing strict attendance caps at worship services in areas hit hard by the virus. Pastor Tony Spell of the Life Tabernacle Church in Baton Rouge, Louisiana reacts to the SCOTUS ruling and the importance of the First Amendment. He also shares the obstacles his church has been dealing with during the pandemic and the highs and lows he’s heard from people when it comes to keeping the faith during these hard times. 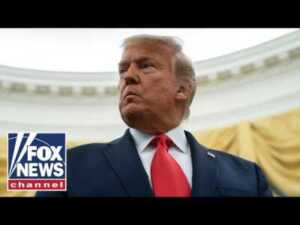