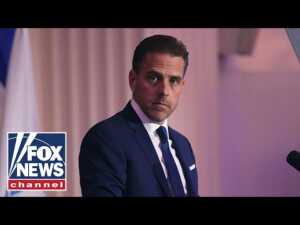 The Senate confirmation hearing for Supreme Court nominee Judge Amy Coney Barret has officially concluded with the Senate set to vote next Thursday. Senate Majority Whip John Thune (R-SD) weighs in on the hearing and reacts to Democrats’ concerns of the possibility of her repealing the Affordable Care Act. Plus, he discusses Twitter and Facebook censoring the recent New York Post story regarding emails from Hunter Biden linking his father, Joe Biden, to his Ukraine business dealings.

We’re entering the final leg of the 2020 election season. While President Trump trails Joe Biden in the polls, he also trailed Hillary Clinton at this point in 2016. Fox News Sunday host Chris Wallace discusses President Trump’s chances of mounting another comeback and how the coronavirus and the Hunter Biden controversy can impact the race.

Plus, commentary by Jimmy Failla, host of "Fox Across America."

READ  DraftKings CEO on earnings and coronavirus: Over long term it is not going to impact our business