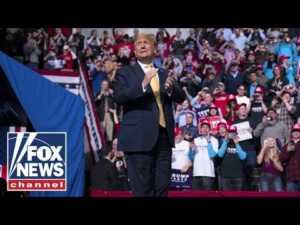 ‘The Five’ react to Trump’s potential 2024 announcement on Biden’s inauguration day President Trump blasts the Department of Justice an FBI amid voter fraud allegations; ‘The Five’ weighs in. #FoxNews #TheFive