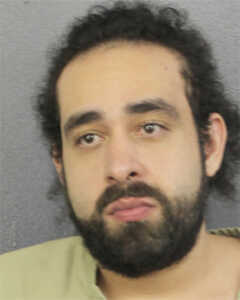 Not that this type of behavior could ever do any good for you in the courtroom, many people that have been in family court understand the frustration of the system. How most people in that courtroom have no interest in the truth.

SEPTEMBER 6–A Florida Man awaiting sentencing for attempted murder doused a prosecutor with urine Wednesday during an attack in a Fort Lauderdale courtroom.

According to a criminal complaint, Albert Narvaez, 28, was inside Judge Susan Alspector’s courtroom when he charged at Assistant State Attorney Andrew Newman and “threw urine fluid” at the lawyer. I think that many of the folks abused through the system in our family courts can understand where this man is coming from.

“The urine went inside [Newman’s] mouth and outer clothing,” an investigator reported. Newman was the lead prosecutor in the attempted murder case for which Narvaez was convicted and scheduled to be sentenced. I am pretty sure the fact it went in his mouth made the assault worth while for Narvaez.

Pictured at right, Narvaez, who worked at a Hallandale Beach sports bar, was convicted of firing several shots at his girlfriend as she ran from his vehicle following an argument in June 2017. Again this action is absolutely inexcusable but let’s keep in mind even a DA can be unethical. The DA is interested in only one thing, conviction rate and the truth is not something many of them are concerned about. The woman was not struck by the five or six bullets fired by Narvaez. Many people will agree that attorneys are the lowest forms of life on the planet. Even DA’s that are supposed to be helping the public often overlook the actual truth and facts.

Narvaez has been in custody at the Broward County jail in connection with the attempted murder case. It is unclear if he transported the bodily fluid into Alspector’s courtroom, or whether he urinated into some kind of a container while there. Not sure how a guy pissing in the water pitcher in the middle of his trial would go unnoticed by everyone in the courtroom.

After the urine attack, Narvaez stated, “He pissed on me. He told me to do it. Fuck him,” according to the court complaint. Not sure this guy has the best defense. Reform Our Family Courts Now does not condone what he did to his girlfriend but as people that have been pissed on by the courts we can certainly understand his frustration and really think him throwing piss on the DA isn’t something we can condone we certainly understand why he did it.

Narvaez was charged with misdemeanor battery. His sentencing in the attempted murder case was postponed. It seems like they needed some time to clean up the DA and didn’t want to sentence him on that day.