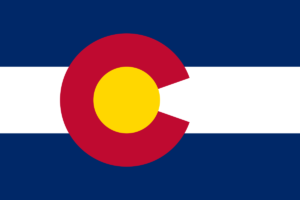 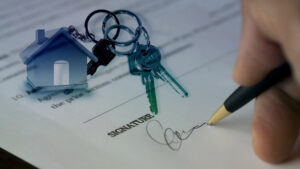 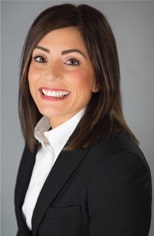 There is now a petition to impeach/recall Judge Rachel Rancilio, A story we have been following very closely is the awful miscarriage of justice that was displayed by Judge Rachel Rancilio from the 16th Circuit Court in Macomb County. This is a perfect example of the abuse of power so many judges use in our courts but especially out family courts. This judge is the reason why Reform Our Family Courts Now Exists. This is why we wake up every morning 2 hours before our workday starts and sit on the computer typing blogs like this at 9PM. This judge has hurt a child, a father and grandparents and parents. Rachel Rancilio did this with no regard to anyone but herself and her own selfish interests.

It all started (as many horror stories do) in family court. It was a high conflict custody dispute. Judge Rachel Rancilio decided to ignore the truth and all evidence pointing to the danger the young child posed by living with the mother. She did not listen the the many warnings of the father as he begged her to reconsider her ruling in the favor of the mother. As many judges do theses days the judge just assumed the mother was deserving of the child.

Needless to say the father was devastated by this and furious that he warned this judge on multiple occasions and she ignored him. He posted criticism of the court and the judge on social media. Us here at Reform Our Family Courts Now are really hoping this isn’t actually crime since we do it everyday. We point out good and bad judges and call them out for not being fair to one parent or the other. After his child died he posted some things on social media. No threats just pointing out the incompetence and ignorance and bias of this sexiest and unfair judge. He was warned about it and then he did it again. Now the judge put him in prison because his posts

“Made me feel uncomfortable”.

The local sheriff found no actual law broken. No threats were made. These posts were made on his personal page and the judge actually had to basically stalk him to see the posts. As the man was exercising his right to free speech he has been imprisoned with a $500,000 bail.

This is something that happens in communist countries. Something that happens in dictatorships and 3rd world countries but for those of us that have been in family court, we know this happens everyday. It is a narcissistic judge played by a person that is victim or so they think. It is the mentality the people in our family court perpetuates every day. It isn’t surprising to those of us that live this nightmare everyday. We know this is common practice for judges, lawyers and bitter exs that refuse to treat the system as it should be treated. People abuse the system every single day.

The reason these stories are so important to be brought out in the light is because they happen all the time behind closed doors. They are why thousands of fathers take their own lives every year. They can’t fight a corrupt system that is stacked against them. This judge did not care what she is doing to this father that was mourning the loss of his child. She locked him up. Reform Our Family Courts Now doesn’t think an impeachment is enough punishment for this abuse of power. We would like to see her spend some time behind bars. Let her see what she did to this man that committed no crime. Although people are jailed everyday in family court for not committing an actual crime. The person writing this post was looking at 6 months in jail for allegedly missing a soccer practice. It falls under a very vague and unconstitutional term called contempt of court. It is how these corrupt judges like Rachel Rancilio get to use their narcissistic power trip to destroy peoples lives because of their own shortcomings and daddy issues.

Judge Rachel Rancilio was elected to the Circuit Court bench on November 8th, 2016. Judge Rachel Rancilio is a partner in the law firm of Fischer, Garon, Hoyumpa & Rancilio in Mt. Clemens. For fourteen years she specialized in complex domestic, civil and criminal litigation, serving as attorney-of-record in more than two hundred cases before the Macomb circuit bench. Rachel, while playing Division 1 Softball, attended the University of Detroit Mercy on an academic scholarship and was a member of Wayne State University Law School’s Law Review.  She enjoys spending time with her two children.

About the author: Reform Courts
We are an organization that believes for equality in family courts. We are of the opinion our family courts do not take into consideration of what is best for the child. We feel in most cases 50/50 should be the only option. We believe constitution and civil rights do not exist in family court throughout the nation. Due process and transparency is non existent in family court.

Great news coming from our side of the fence as the jury acquitted Mr. Vanderhagen, and he is free to go. More details to follow, but thank you all very much for your support- it is our understanding that Mr. Vanderhagen appreciates the outpouring from you all, and we will post what he has to say as soon as… Read more
UPDATE:
Josef Gray
Raeford, NC, United States
SEP 19, 2019 —

Great news coming from our side of the fence as the jury acquitted Mr. Vanderhagen, and he is free to go. More details to follow, but thank you all very much for your support- it is our understanding that Mr. Vanderhagen appreciates the outpouring from you all, and we will post what he has to say as soon as possible.

The fight is not done, however. As we all know already, this serves to highlight the fact that Mr. Vanderhagen didn't do anything wrong, and was wrongfully imprisoned by a retaliatory judiciary that showed blatant disregard for case law and the Constitution of the United States. Please stay steadfast in our true endeavor- to see these corrupt officers of the court, Judge Rachel Rancilio and Judge Sebastian Lucido removed from the bench. Please, as always, continue to share the petition. We still, as a community, have a fight ahead of us. Corruption of this magnitude must be stopped.