President-elect Joe Biden introduced his picks for his economic team on Tuesday including Janet Yellen for Treasury Secretary and Neera Tanden to lead the Office of Management and Budget. The team will face the economic fallout of the coronavirus pandemic if confirmed by the Senate. Former Economic Adviser to President Obama, Robert Wolf, and founding editor of the Free Beacon, Matthew Continetti, weigh in on the president-elect’s nominees and how the Biden administration is shaping up.

The assassination of Mohsen Fakhrizadeh, Iran’s top nuclear scientist, last week comes just months after a top general was killed in a U.S. drone strike. Iran is pointing the blame at Israel and says Saudi Arabia and the U.S. may be involved in the conspiracy. Dr. Jim Walsh, a senior research associate at MIT’s security studies program, discusses who could have taken part in the assassination and what impact this will have on the region and the Biden administration.

Plus, commentary by Jimmy Failla, host of "Fox Across America."

See also  Tucker: We heard you. It’s hard to trust anything. Here’s what we know. 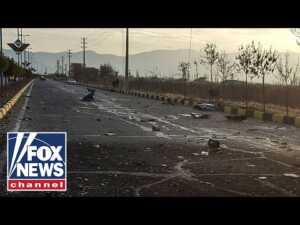