Home » John Ross: His Struggle for Homeland and Sovereignty 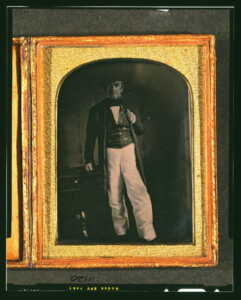 John Ross: His Struggle for Homeland and Sovereignty

Saturday, October 3, was the birthday of Principal Chief John Ross (ᎫᏫᏍᎫᏫ) a member of the Cherokee Nation, of Cherokee and Scottish descent, who through his tribal leadership guided the Cherokee people through multiple legal challenges.

Ross was educated at mission schools and private boarding schools, and followed Cherokee traditions. He could speak and write well in Tsalagi and English, and by 1810 he was already serving his community by acting as an Indian agent for the Cherokee people on behalf of the United States.  Soon after, Ross served as a military officer in the War of 1812. After the war, he was elected to the newfound Cherokee National Council, acting as the primary English-speaking member of the tribe to communicate their needs to representatives of the United States government. In 1819, Ross was named President of the National Committee (lower house of the Cherokee government) as he discussed his tribe’s inherited rights to Cherokee land with an acquisitive U.S. government (Inskeep, 97).

The Compact of 1802 had been established 16 years prior to Ross’s appointment as the President of the National Committee. The compact agreed that Georgia would give up all rights to lands to the west and the federal government would remove Cherokee, Mvskoke and other indigenous peoples from their ancestral lands. Between 1805 and 1833, Georgia held eight lotteries to give away traditional Cherokee lands to whites.

Prominent members of Cherokee leadership, including John Ross, Major Ridge, and John Ridge, worked in various ways to try to stop the planned destruction of the Cherokee homelands. First, the Cherokee Council, including John Ross, adopted their first constitution in 1827, establishing executive, legislative, and judicial branches of their government. At the time, Pathkiller was Principal Chief, but shortly afterward, in 1828, Pathkiller died, and two weeks later his second in command Charles Hicks died, and John Ross was elected Principal Chief.

Shortly afterward, while Ross was traveling again to D.C., Major Ridge, John Ridge and a few others signed the Treaty of New Echota on December 29, 1835, accepting $5 million, minus various costs which the United States government charged the Cherokee government (Inskeep, 212). The Treaty Party, as the Ridges’ group came to be called, were a small minority of the tribe’s members and not authorized to sign on behalf of the Cherokee. Ridge seems to have acted because he thought it would save lives; he also got financial compensation for his substantial properties (Inskeep, 212). He and his son believed that signing the treaty without the tribe’s consent would probably cost them their lives, and in fact they were correct.

In 1835, while he was in D.C. and the Senate was offering Ross $5 million for the tribe to sell around 7 million acres, a posse called the Georgia Guard took his house (Inskeep, 208). The Georgia Guard also seized the printing press of the Cherokee Phoenix at New Echota in August 1835 and briefly took Ross prisoner in November (Inskeep, 208).

After the Cherokee started to settle in their new land, they argued with the federal government for years about their remuneration for the trip which the Treaty of New Echota guaranteed (Moulton, 101-104); their claim was not settled until 1841. John Ross worked to keep the Cherokee people united and was instrumental in the passage of their new constitution in 1839. He struggled for years save his people’s lands and their sovereignty and although they suffered many hardships, Ross and the Cherokee people succeeded in their ultimate goal: they are still here.

The Cherokee removal started in 1836, when Ridge and his cohort were marched out of Georgia, Alabama, and other parts of the Cherokee homelands to Indian Territory. Many Cherokee remained in their homelands, while the U.S. government worked to remove them. The United States government marched approximately 16,000 Cherokees in September or October from their homelands to Indian Territory. They left just before one of the worst winters on record. On the trip, one estimate found that one in four Cherokees died; another estimate determined that the Cherokee population “may have been reduced by as many as eight thousand from what it otherwise would have been” (Inskeep, 236). It is unknown how many more died from the journey once they reached their destination 950 miles and six months later; it is now known as the Trail of Tears. The final detachment, composed of the elderly, ill and lame, left in December 1838, after a previous 13 detachments of a thousand people each (Moulton, 99-100).

KIG2000.5.A3 1827 Cherokee Nation, Oklahoma. Constitution of the Cherokee nation, made and established at a general convention of delegates, duly authorised for that purpose, at New Echota, July 26, 1827.

This post was co-authored by Jennifer Davis and Shannon Herlihy, Law Library Creative Intern. Saturday, October 3, was the birthday of Principal Chief John Ross (ᎫᏫᏍᎫᏫ) a member of the Cherokee Nation, of Cherokee and Scottish descent, who through his tribal leadership guided the Cherokee people through multiple legal challenges. Ross was educated at mission […]