Is Bitcoin Rally Different This Time?,

Dec.01 — David Garrity, chief market strategist at Laidlaw & Co. (U.K.) and founder of BTBlock, discusses the outlook for bitcoin, which pulled back after approaching $20,000 on Tuesday amid skepticism over the cryptocurrency’s intense rally. The token hit a previous peak of $19,511 in December 2017 amid widespread elation, only to lose 70% over the course of the following year. Garrity speaks with Haidi Stroud-Watts and Shery Ahn on "Bloomberg Daybreak: Asia.", , 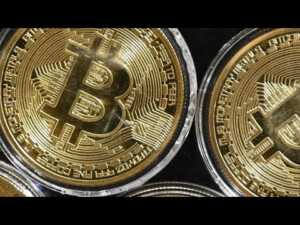