The final presidential debate of 2020 on Thursday night was more of a civil and substantive exchange between President Trump and former Vice President Joe Biden. COVID-19, race relations and election interference were some of the big topics brought up. So did the candidates have the big night they needed to sway support from the remaining undecided voters? FOX News Radio’s National Correspondent Jared Halpern, FOX News Radio’s Political Analyst Josh Kraushaar and Co-Founder & President of RealClearPolitics Tom Bevan weigh in.

Despite a boycott from Democrats, the Senate Judiciary Committee unanimously advanced the Supreme Court nomination of Judge Amy Coney Barrett. While some in his party have called for "packing the court," Democratic presidential nominee Joe Biden now says he wants to create a bipartisan committee to study whether our court system needs to be overhauled. Chris Wallace, host of Fox News Sunday, discusses whether the Judicial Branch needs reforms and if Biden’s latest response to the court-packing question will satisfy voters. 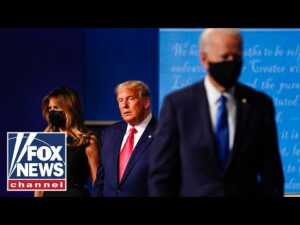