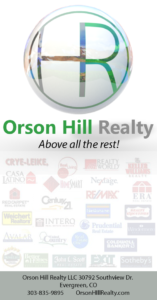 Evergreen should have an aquatics center to meet the area’s needs, an advisory committee has told the Evergreen Park & Recreation District board.

The committee, consisting of EPRD and Hurricanes swim club coaches and supervisors, explained to the EPRD board on Jan. 28 that the aquatics center should have several pools for recreation, competitions, instruction, and wellness and therapy.

• Option A: Build a new aquatics facility, probably in Buchanan Park, for an estimated $20 million. The committee envisions about 46,000 square feet on five to seven acres. The current rec center pool spaces then could be repurposed for other uses.

• Option C: Maintain both pools to bring them up to code for ADA and mechanical systems, which would cost $4 to $5 million.

Committee member Kevin Post said the options were ideas and not final solutions, and the committee wanted to refine the ideas based on EPRD board feedback. No decisions were made at the meeting, but the committee and the board agreed to continue discussions.

Voters turned down a request for a bond in 2018 that would have repaired and renovated the Wulf pool and added more lanes to the Buchanan pool. Because the Wulf pool is 40 years old and past its life expectancy, the EPRD board put $200,000 into reserves in the 2020 budget for pools.

Merits of the options

The committee spent a year looking at other pools in the area and studying the rec district’s current pools.

“I’m proud of the work (the committee) has done,” said EPRD Executive Director Ellen O’Connor. “They have been digging hard to develop options.”

The committee envisions three pools with different uses, appropriate depths and water temperatures to fit the intended swimmers plus a hot tub/spa area.

The committee believes Option A has the most benefits for the district because all aquatic needs would be in one place, which would improve revenues and lower staff costs compared with having two locations.

Option C, it said, doesn’t solve any current aquatic programming challenges and only delays issues, which would result in increased costs in the future.

Post said once a course of action is decided, the committee hoped to promote it in the next year and begin a fundraising campaign with a bond request on the 2021 ballot.

“We have talked about this in many different contexts,” board member Peter Lindquist said. “Where it goes is critical. People say we shouldn’t do anything to the north end of (Buchanan) Park,” noting that the district didn’t own enough land elsewhere in the district that could fit an aquatics center and parking lots.

Board member Monty Estis wondered if Jeffco Public Schools would help pay for a complex since Evergreen and Conifer high schools’ swim and dive teams now practice at the Wulf pool.