In an absolutely stunning turn of events, the local favorite in the Evergreen Mayor Race, Awesome (the dog) was denied being put on the ballot. To spite being a local icon and pillar of the community. Awesome’s campaign manager for the EAPL Evergreen Mayor Race was asked how he felt about being discriminated against because of Awesome’s breed.

“it is appalling to me that a non profit animal protective group would ever stereotype and perpetuate the negative attitude of any specific breed. Awesome is half pit and they are using that against him. I thought this was America!

This Is Going Viral – Pit Owners Love Their Pits.

The above picture is just some of the viral vitriol we have seen only days into this Evergreen Mayor race. There is major outrage throughout the pti bull lover’s community. Some of these groups have hundreds of thousands of members. Pit bull owners are very loyal to their breed because their breed is very loyal to them.

Awesome (the dog) is Already Very Active in the Evergreen Community

The thing the EAPL failed to realize is that Awesome is already a pillar of the community. He has been to every Evergreen Animal Protective League fundraiser in the last 2 years, he goes to the lake concerts, hangs out at Cactus Jacks and Evergreen Tap House and there has never been an issue. For this incompetent “trainer” person to look “interview” him for about 2 minutes (and he was Awesome for this interview) then state he is a risk? The Awesome campaign strongly disagrees with this “trainer’s” assessment of the dog that has been around and met 1000s of people already is laughable.

What Are the Good Animal Non-Profits?

We recommend to donate to Foothills Animal Shelter. They are the best! They are the ones that made it possible for Awesome’s owner to adopt him. They are wonderful and very friendly to ALL animals and ALL breeds. You can reach Foothill Animal Shelter at 303-278-7575 or donate time or money to https://foothillsanimalshelter.org/donate/ . Please donate your money to them. Or dog food or your time. They are true animal lovers! 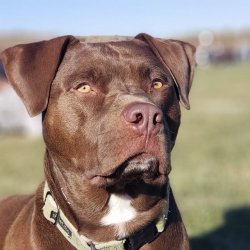 About the author: Awesome Evergreen Mayor

Awesome (the dog) is running for Mayor of Evergreen, CO. We hope to have your vote! Vote for Awesome!
#Justice4Awesome

Awesome (the dog) is running for Mayor of Evergreen, CO. We hope to have your vote! Vote for Awesome! #Justice4Awesome