Lev Parnas, an associate of Rudy Giuliani, says he helped arrange meetings between Nunes and Ukrainians.

Ed MacMahon, a lawyer for Rudy Giuliani associate Lev Parnas, who faces charges of campaign finance violations, has told the Daily Beast that his client helped Republican Rep. Devin Nunes arrange meetings meant to advance the Ukrainian investigations into the Biden family that are at the center of the ongoing impeachment inquiry into President Donald Trump.

Now, another lawyer for Parnas — Joseph A. Bondy — has told CNN that Parnas is willing to testify before the House Intelligence Committee about Nunes’s involvement in the Ukraine scandal. Nunes is the ranking member of that committee, and in that capacity has led the Republican defense of Trump during the recent public impeachment inquiry hearings.

Nunes has argued the impeachment inquiry is a partisan attack on the president; he tried to derail the proceedings by introducing (disproved) conspiracy theories, worked to out an anonymous whistleblower whose complaint launched the inquiry, and repeatedly referred to the inquiry as a “drug deal.”

During Thursday’s hearing — at which former National Security Council official Fiona Hill and State Department official David Holmes testified — Nunes himself briefly became the subject of the proceedings due to the Daily Beast article, which Democratic Rep. Eric Swalwell read into the record.

Parnas has said his efforts, as described in the Daily Beast article, bore fruit — and that Nunes eventually met with with disgraced former Ukrainian Prosecutor General Viktor Shokin in Vienna in December 2018.

Congressional records show that Nunes and members of his staff travelled to Europe in late November and early December 2018. The records do not specify whether he went to Vienna, however, or who he met with.

“I can confirm that Victor Shokin told Lev Parnas that he had met with Nunes in Vienna in late 2018, and that [Nunes aide] Derek Harvey informed that they were investigating the activities of Joe and Hunter Biden related to Burisma,” Bondy told NBC News.

Shokin was pushed out of his role by the US and its allies in March 2016 over concerns he was not properly pursuing anti-corruption efforts in Ukraine. Former Vice President Joe Biden helped lead these efforts for the US, and it is his role in Shokin’s removal that sits at the heart of the conspiracy theory behind Trump’s efforts to pressure Ukraine into investigating Biden — namely, that the former vice president fired Shokin to protect a Ukrainian company on which his son had a board seat.

This meeting would suggest that efforts to discredit the Bidens were well underway before Giuliani began to publicly discuss them this spring, and that attempts to launch some sort of investigation into the Biden family went beyond executive branch officials.

Parnas also claims to have met with Nunes and his aides personally in Vienna, and that he and Nunes spoke on the phone at least twice following that in-person meeting. Parnas says he continued to occasionally meet with Harvey at the Trump hotel in Washington, DC, where they discussed investigations into the Biden family and a Democratic National Committee server that a disproved conspiracy theory holds contains information of Ukrainian election meddling to benefit Democrats in the 2016 elections.

Parnas claims to have told Nunes that the basis for his suspicions about the Bidens came from the writings of John Solomon, who, as Vox’s Jane Coaston has explained, published columns in The Hill regarding what are now known to be conspiracies theories about the Bidens and Ukraine. Harvey would occasionally attend meetings at the Trump hotel that included Solomon, Parnas claims, as well as Giuliani.

Nunes has refused to answer any questions about the allegations of his involvement in these investigations, but did tell alt-right outlet Breitbart the reporting is “demonstrably false” and that he plans to sue both CNN and the Daily Beast.

Parnas wants to testify about Nunes

Nunes has in the past accused House Intelligence Committee chairman Rep. Adam Schiff of withholding valuable information from the committee. Ahead of the public hearings, Nunes sent Schiff a letter demanding the chairman “sit for a closed-door deposition before the House Intelligence, Foreign Affairs and Oversight Committees” in order to discuss the anonymous whistleblower whose complaint helped launch the impeachment inquiry.

Schiff has claimed he does not know the identity of this whistleblower — Nunes maintains he is lying about this, largely because this whistleblower reportedly reached out to members of Schiff’s staff for advice on the proper way to detail his concerns about Trump’s interactions with Ukraine. Those aides gave the whistleblower the procedure for filing a complaint, and have said the whistleblower contacted them because he is a member of the intelligence community and Schiff leads the House committee associated with that group.

Now, however, Nunes himself may be of interest as a witness, and Bondyhas begun to argue the representative ought to recuse himself from further proceedings.

It is not clear whether Parnas will be called to testify himself, although Bondy has asked Schiff to subpoena him.

It also is not clear whether Parnas would be viewed as a credible witness. He is currently on house arrest in Florida; as Vox’s Andrew Prokop has explained, he faces serious allegations of financial wrongdoing:

The indictment focuses on alleged false statements and disclosures made by Parnas and Fruman regarding hundreds of thousands of dollars they donated to Republican groups and candidates in 2018…. The indictment also alleges that Parnas and Fruman funneled money in from foreign sources to influence US politics and were directly involved in the effort to force out the US Ambassador to Ukraine, Marie Yovanovitch.

But despite the allegations he faces, it does appear that Parnas may have knowledge of an early anti-Biden campaign that extends beyond Giuliani, the “three amigos,” and Secretary of State Mike Pompeo — now involving a key member of Congress. For instance, he and a business partner reportedly tried to pressure Ukraine’s last president into starting a Biden investigation, and he’s reportedly told people Trump had personally given him a “secret mission” to carry out in Ukraine.

If all of this — and his latest claims about Nunes — are indeed accurate, that would make Parnas a wealth of firsthand knowledge about the campaign to investigate the Bidens.

Much has already been revealed in public impeachment inquiry hearings held during the last two weeks. US Ambassador to the EU Gordon Sondland testified that “everyone was in the loop” — meaning that top Trump administration officials were informed and on board with Giuliani’s mission on behalf of the president to pressure Ukraine into investigating the Biden family. A day later, State Department official David Holmes testified he heard Trump personally ask Sondland for a status update on the pressure campaign.

Together, the witnesses have painted an image of a campaign led by Trump and Giuliani that subverted US foreign policy in Ukraine into a mechanism for domestic political gain that — sometimes with their willing cooperation, and sometimes despite their best efforts — swept up career diplomats and Trump-appointed officials alike.

House Democrats have signaled they would like to end the impeachment inquiry sooner rather than later, and have gathered a large quantity of evidence that could be used in drafting articles of impeachment.

However, lawmakers have yet to hear the testimony of key high ranking officials like Pompeo or former National Security Adviser John Bolton. It is possible that lawmakers could pursue testimony from these witnesses, and the testimony of Parnas — who appears to have been a close confidant of Giuliani’s — could help guide the questioning.

Many of these top officials, however, like Bolton or acting White House Chief of Staff Mick Mulvaney, have signaled that it would take a court order for them to testify — that simply being subpoenaed is not enough. Nevertheless, House Democrats may issue additional subpoenas, Parnas included. 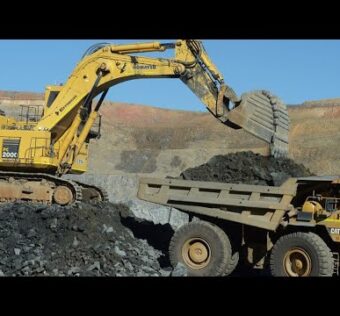 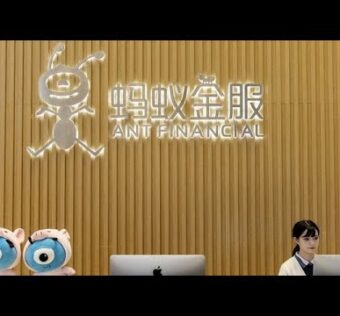 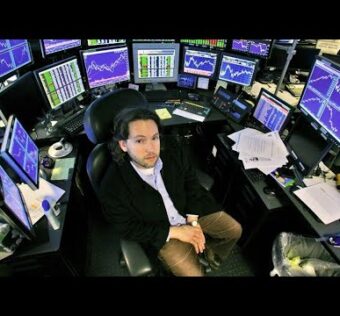 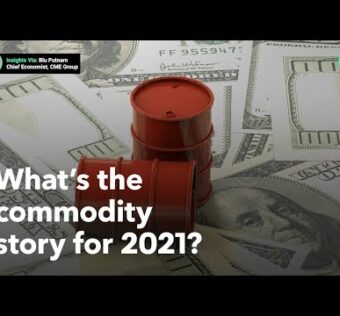 Here’s what to know about commodities in 2021 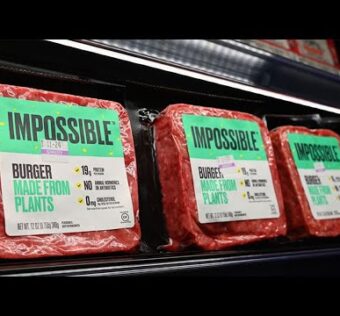 Why Impossible Foods Is Doubling Its R&D Team 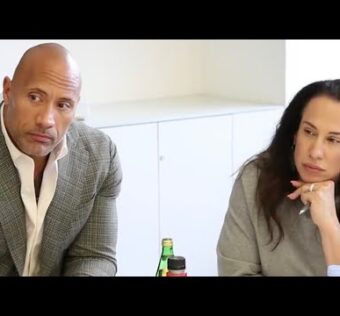 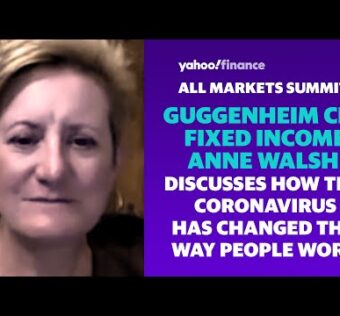 ‘The traditional model of work… is ready to be adjusted: Anne Walsh Guggenheim CIO Fixed Income 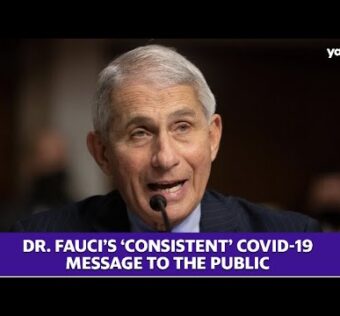 Dr. Fauci’s COVID-19 message to the public as he continues his work on fighting coronavirus 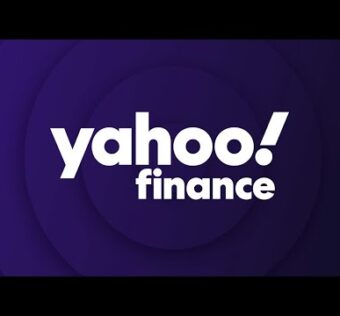