Real estate guru and businessman, Danny Skelly of Evergreen, CO announced today he will be a write in candidate to face off against Sen. Cory Gardner and the Democrat challenger.

Mr. Skelly, a third party candidate, describes himself as a libertarian that leans a bit to the right. Socially liberal and fiscally conservative Dan believes that the United States must come first. We must take care of our people and our economy and then we will be able to help the rest of the world. Dan believes until we are prosperous and healthy we are in not position to help anyone.

I love the state of Colorado and this country. It saddens me the path we are on as a state and a nation. A lot needs to be fixed and career politicians are not the answer

Mr. Skelly is the broker/owner of a real estate firm in Evergreen, CO. He has owned small businesses his entire life and understands how the economy works and how the economy is so tightly intertwined with society. He believes that being fiscally conservative and socially liberal he has the perfect answer and combination to make both the business community and the community work together in harmony. He started as a small business owner over 20 years ago. He has owned everything from a children’s indoor play center to marketing company and a good deal of other businesses as well.

Mr. Skelly is one of the write in candidates. We all know that 3rd parties are at a disadvantage. That is why Mr. Skelly’s background in internet marketing/social media marketing and web work is expected to propel him to the top and be a fierce competition for Cory Gardner and the Democrat they choose to run.

It seems the country and the state of Colorado are pretty much done with the two party system. Unfortunately it has been our only option for a long time. That is why I am running independent Party. It is the combination of Democrat, Republican and Libertarian parties. I have combined the best parts of all 3 major parties.

Mr. Skelly would like to remind you he is not technically on the ballot and Colorado folks have to write him in. That is Danny Skelly – The independent Party. 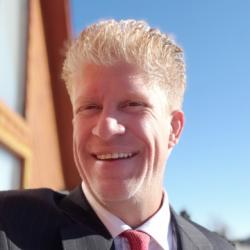 About the author: Danny Skelly For US Senate Colorado

Danny Skelly for US Senate in the State of Colorado.
I will legislate using common sense and facts not emotional knee jerk reactions and mob rule at the moment.

Danny Skelly For US Senate Colorado

Danny Skelly for US Senate in the State of Colorado. I will legislate using common sense and facts not emotional knee jerk reactions and mob rule at the moment.