Skip to content
President Trump’s effort to overturn the election he lost has gone beyond mere venting of grievances at the risk of damaging the very American democracy he is charged with defending.

“Yet in none of these elections did any losing candidate attempt to claim victory by brazenly sabotaging the electoral process as Donald Trump has done and continues to do,” said the letter, organized by Douglas Brinkley of Rice University and Sean Wilentz of Princeton University. Among the signatories was Michael W. McConnell of Stanford University, a former appeals court judge who was effectively repudiating the effort led by one of his former clerks, Senator Josh Hawley, Republican of Missouri. 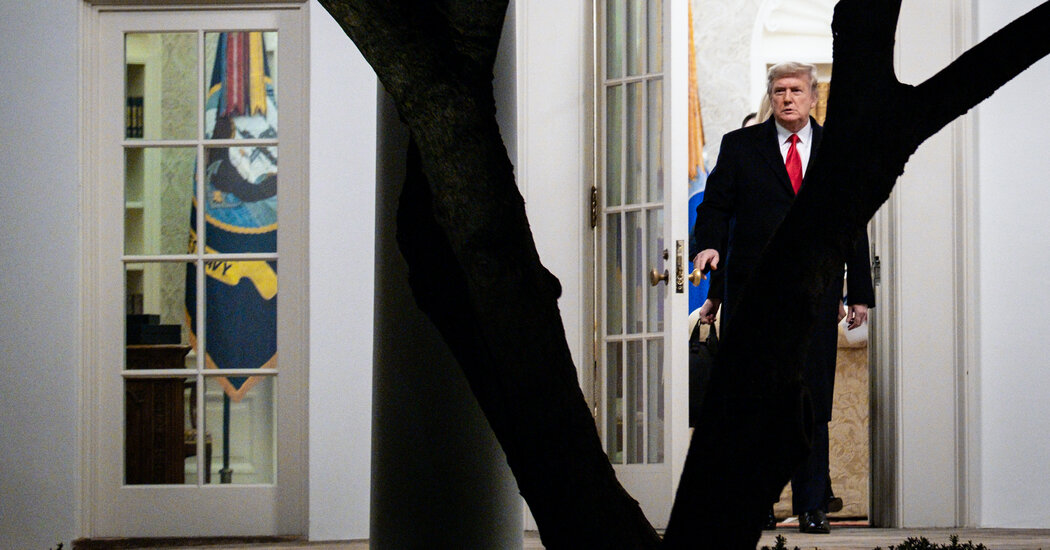 A group of 22 historians released a statement on Monday pointing out that the 2020 election was not even particularly close in historical terms. Mr. Biden won as many or more Electoral College votes as the winning candidates in five elections since 1960 and larger popular vote majorities than in more than half of the presidential elections held in the past six decades.

But Mr. Trump did little to disabuse those fears in subsequent years. He expressed admiration for strongmen like Mr. Putin, Mr. Orban, President Xi Jinping of China and President Recep Tayyip Erdogan of Turkey, evincing envy of their ability to act decisively without the checks of a democratic government. He asserted at various points that the Constitution “allows me to do whatever I want” with the special counsel investigating him and that his “authority is total” to order states to follow his wishes.

Mr. Trump’s fidelity to the concept of American democracy has long been debated. From the earliest days of his campaign for the White House, critics suggested that he harbored autocratic tendencies that raised questions about whether he would eventually subvert democracy or seek to stay in power even if he lost, questions that grew loud enough that he felt compelled to respond. “There is nobody less of a fascist than Donald Trump,” he insisted in 2016.

When Steven Levitsky and Daniel Ziblatt published their best-selling book, “How Democracies Die,” in 2018, warning that even the United States could slide into autocracy, they faced blowback from some who thought they were overstating the case. “We were criticized by some as alarmist,” Mr. Ziblatt, a government professor at Harvard University, said on Monday. “It turns out we weren’t alarmist enough.”

He sought to turn government agencies into instruments of political power, pressuring the Justice Department to prosecute his enemies and go easy on his friends. He made expansive use of executive orders that courts at times ruled went too far. He was impeached by the Democratic-controlled House in 2019 for abuse of power for pressuring Ukraine to help him sully Mr. Biden’s reputation although he was later acquitted by the Republican-led Senate.

Mr. Ziblatt said a healthy democracy requires at least two political parties that know how to compete and lose. “I hope and think we will get through the next few weeks,” he said, “but our democracy can’t survive in any recognizable way for long if we don’t have two parties committed to the rules and norms of democracy.”