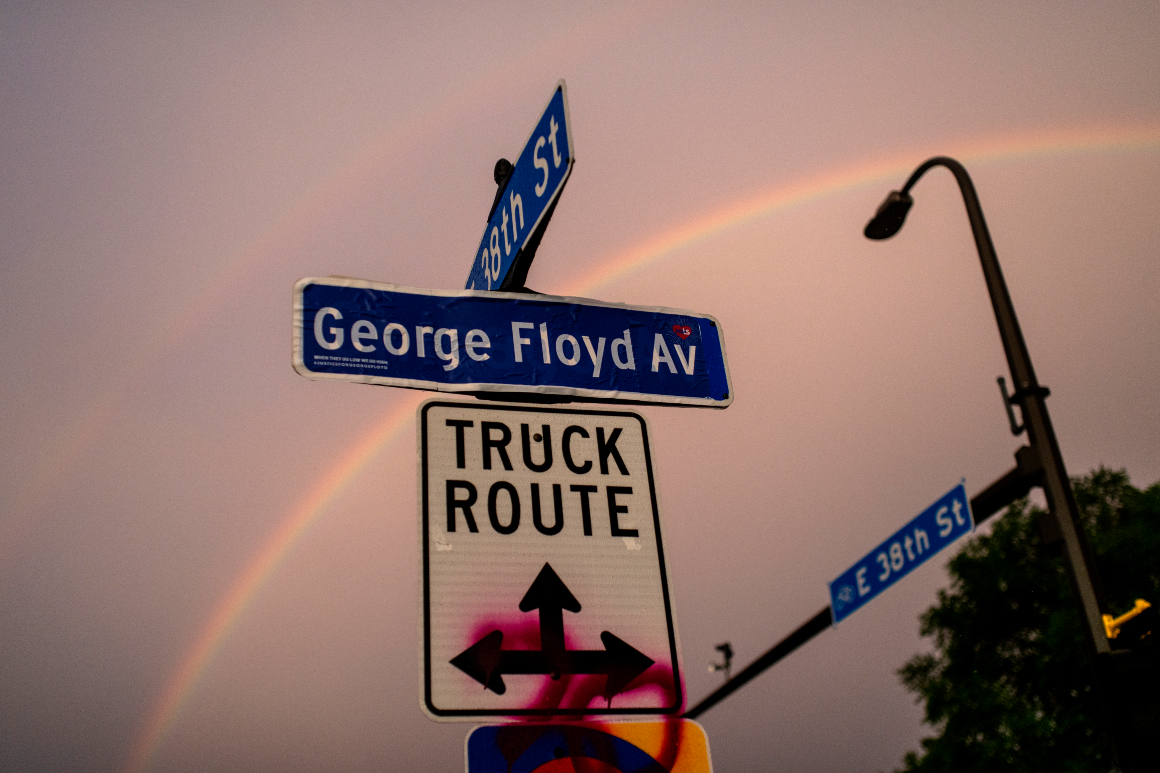 2020 Shatters the Myth of American Exceptionalism

Strictly speaking, it is more accurate to say this was the year when I did not travel to my version of Minnesota.

2020 will go down for me as the year I did not travel to Minnesota.

In a non-pandemic year, a combination of vacation and personal commitments would take me to the state perhaps four or five times in a year. People here are solid, sensible, a bit stoical, emphatically decent — the Minnesota of myth.

My Minnesota is a crisp morning stroll in Northfield — which for decades has billed itself as the home of “Cows, Colleges, and Contentment” — while sipping a steaming cup to go from the Goodbye Blue Monday Coffee House on Division Street. This Minnesota is not so much state as state of mind. Another place I experience it is four hours north, near the western edge of the Mesabi Iron Range, on Pokegama Lake. If you are feeling lazy, you can sit on shore and listen to loons, or if you are feeling energetic, you can join the loons on the water with a canoe trip to Drumbeater Island.

Before we delve into that reality, let’s linger a bit longer on myth. A myth is not synonymous with fiction. Those loons on the lake, and those nice people I encounter, actually exist. A myth is more like a distillation of reality, with the uncomfortable and unattractive parts filtered out. This leaves the pleasing and affirming parts in pure form, to lodge deeply in imagination and memory.

As it happens, this year I did don my mask for a daylong work trip to the Minnesota of reality. That’s the state with Derek Chauvin’s knee on George Floyd’s neck. I spent 12 hours on the ground for an interview with Gov. Tim Walz about how he was managing the twin traumas of racial unrest and the coronavirus. Walz, an earnest and amiable fellow who is the first governor in 40 years not to come from the Twin Cities metropolitan area, is trying to lead a once-placid state that now vividly highlights the raw, pus-seeping, I-can’t-stand-you-either sores of the Trump Era. After leaving the governor’s residence on Summit Avenue in St. Paul, a few hundred yards from F. Scott Fitzgerald’s former home, I drove over to Minneapolis to the intersection where Floyd died. “No justice, no peace,” reads a sign at the makeshift monument that has taken over the intersection.

The great national story of 2020, wherever one lives, was the collision of myth and reality. The American mythology is of an exceptional leader among nations. This year’s reality was exceptionalism of the wrong kind, leading in absolute terms in coronavirus infections and deaths, and with a deplorable record even in relative terms as a percent of population. Our shared story, taught to children and commonly embraced by adults, is that we are on the surface a nation of ornery individualists but underneath are the kind of people who put differences aside and pull together when it really matters. Hmm … Do you think so?

Most people, in my experience, hold close some mythical destination that is similar to what Minnesota is to me. Perhaps it is Fenway Park, or some diner where the pancakes taste amazing at 3 a.m. in a booth with friends. People from Arkansas like to boast of the biggest watermelons you can possibly imagine. Do you remember what it smells like in your hometown after a sudden summer storm? This is about the crossroads of physical place with internal values, where it is possible to conceive and experience some better version of ourselves.

It is on this point that Minnesota is a fine case study. This is true in part because — unlike many Southern states, which were stained from the start by slavery — it is not immediately obvious that this Northern state, with a reputation for Scandinavian-influenced progressivism and civic virtue, might have historic stains of its own.

This points to what one hopes will be the great story of 2021. That is to prove that our national myths, while plainly not fully real, are at least not fully fraudulent. How does a country recover from lost innocence? A good place to start is to recall that innocence was never really there to be lost.

In 1973, Time Magazine immortalized the state’s romantic conception of itself with a cover that proclaimed, “The Good Life in Minnesota.” It featured the ruddy-faced Democratic governor, Wendell Anderson, in a flannel shirt, holding a freshly caught northern pike. Time’s writer declared, “Some of the nation’s more agreeable qualities are evident there: courtesy and fairness, honesty, a capacity for innovation, hard work, intellectual adventure and responsibility.” Garrison Keillor gave this congenial interpretation a satirical spin with his stories about “Lake Wobegon,” the prairie town “where all the women are strong, all the men are good-looking, and all the children are above average.”

A disclaimer: I’m not actually a Minnesotan. I grew up in western New York, and, though I don’t really think of myself as a Washingtonian, have spent well more than half my life living in the District or the city Alexandria, Va., just across the Potomac. Funny, then, that I often feel as at home in Minnesota as in any place. My father grew up on the Iron Range in Hibbing (just a few blocks away from a boy, eight years younger, who was then known as Robert Zimmerman and later Bob Dylan.) My summers from a young age often brought a trip to Pokegama, in Grand Rapids. Later came four years in Northfield (at Carleton, one of two colleges, along with St. Olaf, invoked in the cows, colleges and contentment slogan.)

The state, like most places in the United States, was built in part on a foundation of violence and racial animus. My cousins grew up in the small southern Minnesota town of Mankato — where in 1862, the federal government carried out the largest single-day mass execution in American history. The hangings of 38 Native Americans were approved by none other than President Abraham Lincoln, as part of the conflict between the U.S. Army and the Dakota tribe in the state, then four years into statehood.

How does one go from this version of Minnesota to the version of 2020, when Floyd’s killing on May 25 produced spasms of protests and rioting that left large swaths of Minneapolis boarded up for months after? The answer is with far more continuity in the threads of history than one might suppose.

Nor would the Minnesotans who engaged in, or helped suppress, violent labor unrest in Minneapolis in the 1930s, or racial unrest in the 1960s. These people may not have recognized Donald Trump as a political type— his personality is a product of modern media — but they would not have been shocked by what now is called “polarization,” or the reality of pervasive malice, identity politics or contempt for the established order that now often defines public life.

In Northfield, the town celebrates its brave 1876 defeat of the Jesse James Gang with a campy festival and reenactment. But as my college classmate, historian T.J. Stiles, illuminated in an acclaimed biography of James, the story of the James-Younger gang shouldn’t be understood through a prism of Old West romanticism. Though sometimes sentimentalized as a plucky American Robin Hood, James was motivated not just by greed but also by racial hatred and fury over the North’s victory in the Civil War. The Northfield townspeople, some of whom lost their lives in the raid, were able to defeat the invading gang because many of them carried guns and well knew how to use them. They surely would not have described themselves as innocents.

Stoicism, however, sometimes can muffle important truths. Perhaps no surprise, then, that another part of the Minnesota tradition is artists who respond to the stolid exterior of life by penetrating deeply to the contradictions, hypocrisy, and terror that can lie beneath ordinary exteriors. In different ways that is the achievement of such Minnesotans as Sinclair Lewis, who turned his bleak prairie upbringing into the novel “Main Street,” or Fitzgerald, or contemporary authors like Tim O’Brien, who grew up in Worthington, or musicians like Dylan or Prince, who died four years too early to see the streets of his native Minneapolis erupt this summer.

A certain laconic style is one dimension of the classic Minnesota character. My father, now deceased, was a surgeon, but in summers while a student he worked in the iron mines. He once told me of riding to the mines with older men, people he knew in one context as family friends. But in this context he was emphatically their junior, and they barely spoke a word as they drove to work. Silence, in its own way, can convey authority as powerfully as words.

There are times, as in 2020, when events shine a glaring light on the gap between professed ideals and life as it is really lived. One response to this exposure is to conclude that the ideals were always a fraud and the mythologies that sustained them are a part of the problem. Another response is to accept paradox as part of our national character, and try anew to narrow the gap between aspiration and achievement. In Minnesota, as in America, myths can serve a useful purpose.

We learned something about ourselves on that street corner in Minneapolis.