2020 ballot questions: What states are voting on besides the US presidential election

Visit CNN’s Election Center for full coverage of the 2020 race
Here are some of the top ballot measures to watch this Election Day:

Eleven US states have legalized recreational marijuana, and four more could join them this year. Voters in Arizona, Montana, New Jersey and South Dakota will consider efforts to legalize marijuana, allow cannabis sales and make drug-related criminal justice reforms.
Arizona’s Proposition 207 allows adults 21 or older to possess, use, or transfer up to one ounce of marijuana and cultivate no more than six plants for personal use, but bans smoking the drug in public. It would allow retail sales of marijuana while imposing a 16% excise tax that would fund public programs in the state. A “yes” vote on the proposition would also permit courts to vacate and expunge certain arrests, charges, convictions and sentences for marijuana.
Montana will vote on two initiatives related to marijuana. Initiative 118 would amend the state constitution to allow for establishing the legal age for purchasing, consuming or possessing marijuana. Initiative 190 would make recreational marijuana legal for adults 21 and older. If approved, marijuana would be sold in the state commercially and taxed at 20%. The initiative also would allow for an individual currently serving a sentence for marijuana-related offenses to apply for re-sentencing or an expungement of their conviction.
New Jersey’s Public Question No. 1 is a constitutional amendment to legalize cannabis for personal, non-medical use by adults 21 and older. The state has already created a commission to oversee the medical market that — if the amendment is passed — would regulate the personal market.
South Dakota could become the first state to approve both medical and recreational marijuana simultaneously. Amendment A would legalize, regulate and tax marijuana for all adults and Measure 26 would establish a medical marijuana program. The state currently has tough penalties for possession of small amounts of cannabis.
Mississippi has two competing ballot measures that would legalize marijuana for medical use. The state’s unique ballot’s structure asks voters whether they are for approving either Initiative 65 or Initiative 65A, or against both. Voters are then also asked to vote for one: Initiative 65, which would allow qualified patients with debilitating medical conditions — as certified by Mississippi licensed physicians — to use medical marijuana, or Initiative 65A, which would establish a program to allow the medical use of marijuana products by qualified persons with debilitating medical conditions. Even if a person votes against both, they still have the opportunity to choose between the two.
Meanwhile, Washington, DC,’s ​Initiative Measure No. 81 will decide if entheogenic plants and fungi should be decriminalized.
Alaska and Massachusetts will decide whether to adopt ranked-choice voting for elections. Ranked-choice voting is a system in which voters rank their preferences instead of voting for just one candidate. Alaska’s Ballot Measure No. 2 weighs whether to move to an open top-four primary system and a ranked-choice general election. Massachusetts’ Question 2 would establish ranked-choice for state and federal primary and general elections — but not for presidential elections.
Florida’s Amendment 3 would change the state’s closed primaries to a “jungle primary,” allowing registered voters to vote in primaries for state legislature, governor and cabinet regardless of their political party affiliation. All candidates would be listed on the same primary ballot with the two top vote-getters facing off in the general election. If passed, it would go into effect in 2024.
Mississippi’s Ballot Measure 2 asks voters whether to remove a Jim Crow era voting provision that requires a candidate to secure a majority in the state’s popular vote and to win a majority of Mississippi’s 122 state house districts. Currently, if no candidate fulfills both requirements, the Mississippi House of Representatives selects the winner. The November ballot measure would instead establish run-off elections.
Alabama’s Amendment 1, Florida’s Amendment 1, and Colorado’s Amendment 76 would amend each state’s respective constitution to state that “only a citizen” of the US — replacing current language that establishes “every citizen” of the US — who is at least 18 years old and registered can vote in elections.
California’s Proposition 17 would restore voting rights to persons who have been disqualified from voting while serving a state or federal prison term upon completion of that prison term.
California’s Proposition 18 asks whether 17-year-olds should be able to vote. If passed, it would allow 17-year-old voters to cast a ballot during primary elections, as long as they turn 18 before the following general election. Meanwhile, San Francisco‘s Proposition G could make it the first major city to allow teenagers as young as 16 the right to vote in municipal elections.

Mississippi’s Ballot Measure 3 will ask voters to weigh-in on a new state flag after the state Legislature this summer retired its 1894 flag that featured a Confederate battle emblem. Voters will either accept or reject a new state flag design, which was picked out of 3,000 options and features a magnolia flower surrounded by 20 stars, signifying the state’s status at the 20th state. The flag also includes the words “In God We Trust,” as required by law. If voters decide against the proposed design, the process of picking a new flag will begin again.
Rhode Island’s State Question 1 would change part of the state’s official name to exclude a portion that has ties to slavery. The measure, if passed, would change the “State of Rhode Island and Providence Plantations” to the “State of Rhode Island.”
Nebraska’s Proposed Amendment 1 and Utah’s Constitutional Amendment C would amend their respective state constitutions to remove archaic language that allows slavery and involuntary servitude as punishment for a crime.
Colorado’s Proposition 115 would ban abortion after 22 weeks of pregnancy and provide penalties for doctors who perform the procedure after. The state currently has no restrictions on when a woman can get an abortion. The measure, if passed, has exceptions when the mother’s life is in danger, but not in cases of rape and incest.
Louisiana’s Proposed Amendment No. 1 would declare that no provision in the state Constitution protects a right to abortion or requires the funding of abortion.

Oklahoma’s State Question 805 asks voters if they want to end “repeat sentence penalties” or “sentence enhancements” for nonviolent offenders. Under the measure, an individual’s prior felony conviction could not be used to increase their punishment for a subsequent conviction. The measure would also allow those incarcerated with sentence enhancements to seek a modification to their sentence. It does not apply to those convicted of a violent felony.
Kentucky’s Constitutional Amendment 1 asks voters to again consider enacting Marsy’s Law, which would establish constitutional rights for crime victims, including notification of all proceedings and the right to be heard during release, plea, and sentencing among other proceedings. It would require victims be paid full restitution as determined by the court. The measure passed in 2018 with the support of nearly 63% of voters, but the Kentucky Supreme Court later ruled it invalid because the entire text of the amendment was not on the 2018 ballot, according to The Courier Journal.
California’s Proposition 25 would allow a 2018 law ending cash bail to take effect. Under the measure, defendants would no longer be required to pay in order to be released before trial, but their release would instead be “based on a determination of public safety or flight risk.”

Puerto Rico, as a US territory, cannot vote in the US presidential election, but the question of statehood will again be on its ballot. Voters on the island will be asked, “Should Puerto Rico be admitted immediately into the Union as a State?” The nonbinding referendum would need Congress’ approval to establish Puerto Rico as the 51st state.
California’s Proposition 22 would allow ride-share and delivery apps, like Uber and Lyft, to classify their drivers as independent contractors with some benefit concessions, instead of employees.
California’s Proposition 16 would restore affirmative action, which was outlawed in the state 24 years ago, by repealing an amendment passed in 1996. The measure would clear the way for the consideration of race, sex, color, ethnicity, or national origin in education and employment in California.
Washington state’s Referendum 90 would require the state’s public schools to include age appropriate sexual health education in their curriculum. The state’s Democrat-controlled Legislature passed the bill and Washington Gov. Jay Inslee signed it in March.
Montana’s Legislative Referendum 130 would restrict local governments’ authority to regulate the carrying of concealed firearms. It also removes local government’s ability to restrict open carry of firearms, except from its public buildings.
Florida’s Amendment 2 would gradually raise the minimum wage to $15 an hour. It would raise the current minimum wage of $8.56 per hour in Florida to $10 in 2021. The minimum wage would then increase by $1 per hour each year until it reaches $15 by 2026.

Voters across the country this November will decide more than who will sit in White House. States will weigh several different issues this election, such as whether to legalize marijuana, limit access to abortion, reform voting and more. A state’s full list of approved ballot questions can typically be found on its secretary of state’s website. 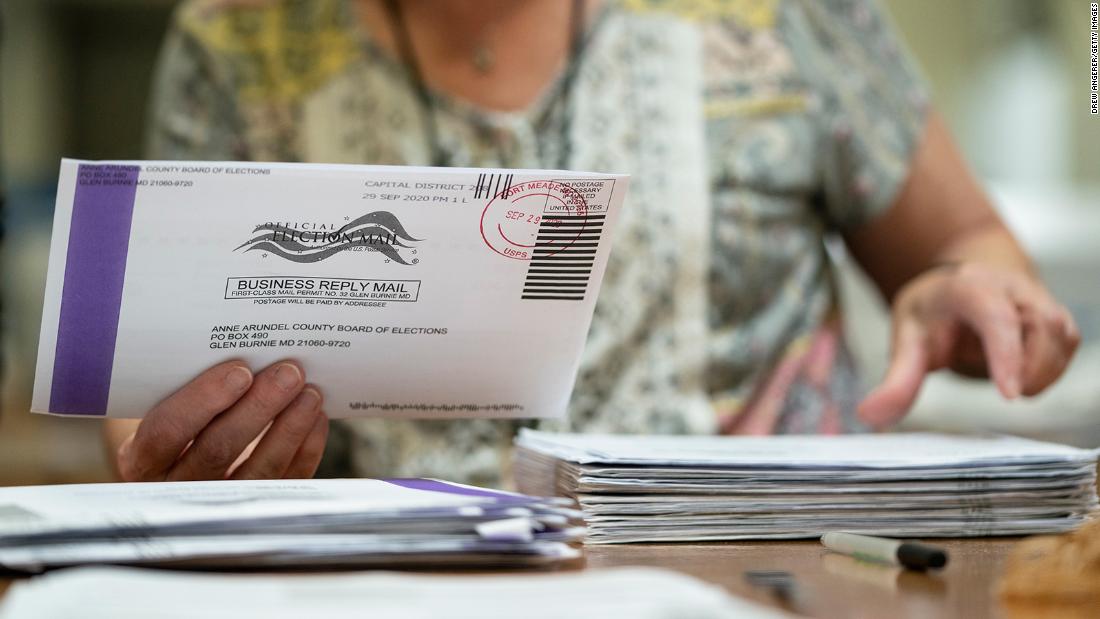